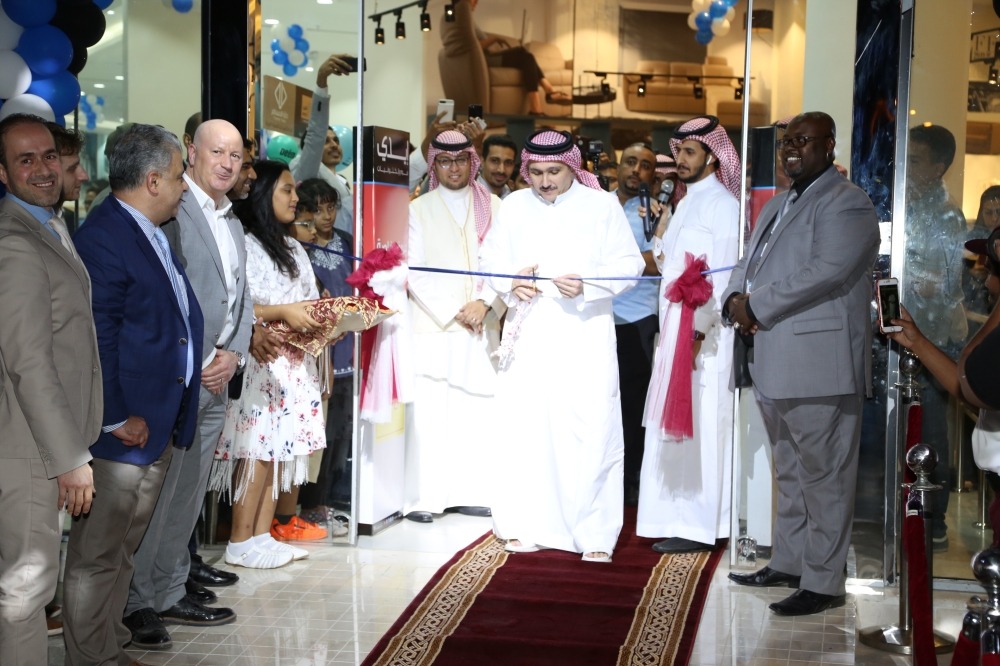 UNITED Yousef Mohammed Naghi Group, the owner of EDDY brand, celebrated the opening of four new EDDY branches located in Jeddah, Riyadh, Dammam and Al-Khobar. The opening of the new stores is an important measure towards the execution of a long term strategic plan that aims to offer EDDY’s customers various products in nearby and easy to access stores. EDDY has now reached 19 branches all over the Kingdom of Saudi Arabia.

“The opening of the four branches that located in three different regions expands our footprint in the country and represents how advanced EDDY is in order to be the first choice for families that consume housewares, furniture and electronic items,” CEO of Yousef Mohammed Naghi Group Ammar Naghi said. He added “we are implementing strategic plans that would increase EDDY presence in the Saudi Market and meet our customer needs by offering them various products in nearby stores.”

EDDY is designed to represents a new concept of United Yousef Naghi Group that meets consumer needs and expectations by offering an exceptional family shopping experience with many features that allow customer to have a convenient and comfortable shopping environment. EDDY stores consist of two floors divided into many sections to commensurate with the desire of consumers and to save their time while experiencing a unique shopping. The new concept of EDDY is “bringing all together under one roof” with great service, quality and value.

EDDY established in 2013 as a leading provider of furniture, home appliances, and electronics. EDDY reflects the new generation concept of United Yousef Mohammed Naghi Group which is one of the largest, most-experienced groups in the Saudi market that contributes in developing the Saudi economy in line with the “Saudi Vision 2030.”